I totally meant to do this like two days ago, but spaced out and forgot! Better late than never, right? 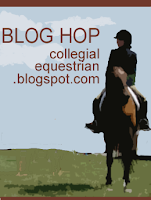 So in honor of this first hop, the theme is: debut. No one is born knowing how to ride so all of us have memorable firsts.
Share a memory from:
Here are my answers:

One thought on “Blog Hop”