Since it was above freezing and not precipitating, I rode yesterday. I caught Moe and decided there’s no time like the present to find out if he crossties. 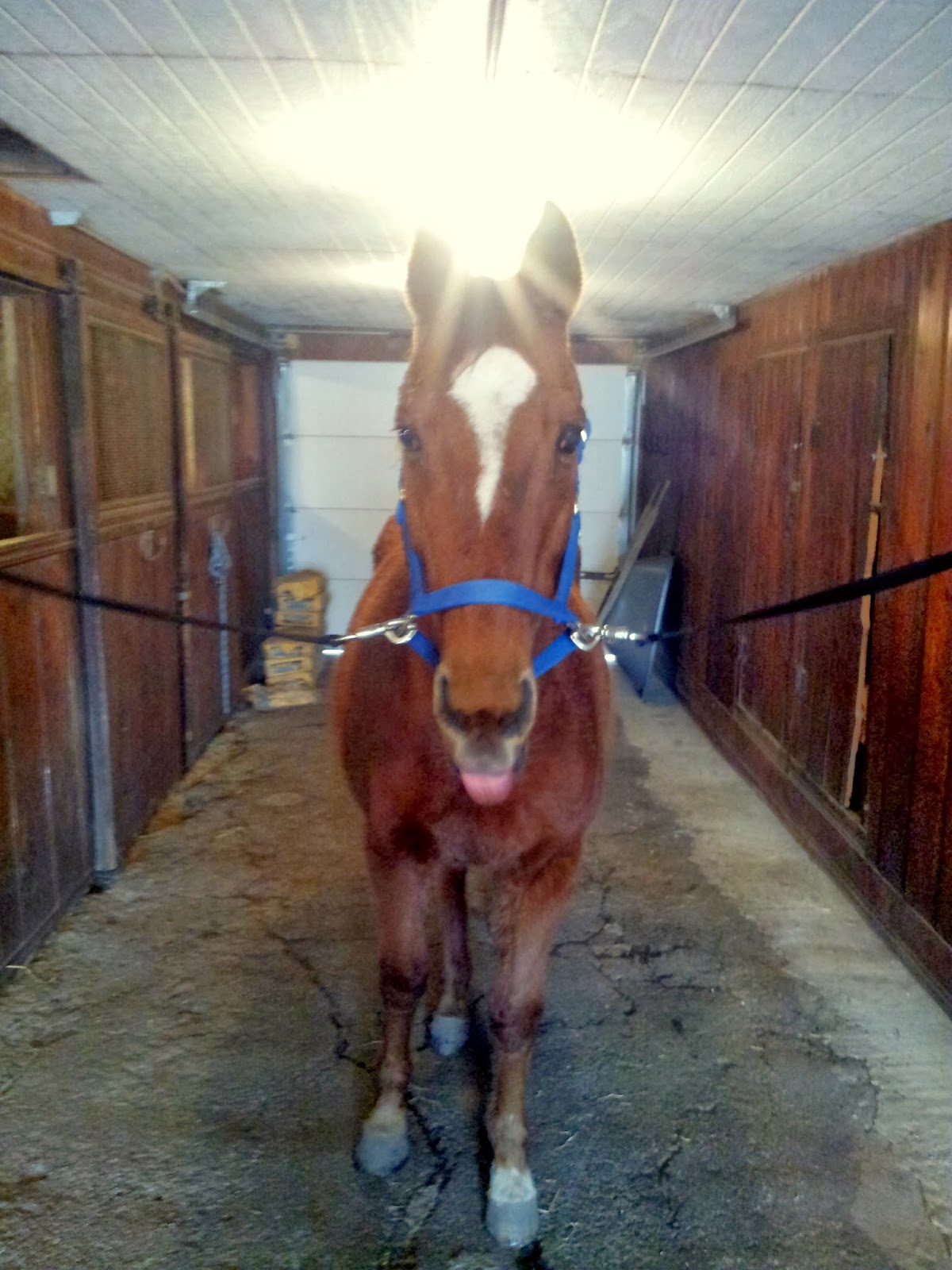 Moe is such a good sport. I can’t ever recall putting him in crossties at any point in the last 11 years, but he was totally fine with them. (Unlike Gina, who once flipped over backwards.)
I saddled him up and set out for the front riding area; since our last two rides in the field have been full of distractions, I opted for a quiet dressage school.
He was super. The hitch in his hind end that I noticed last year is totally gone. He’s moving fluidly without any hesitation or stiffness. I’m glad, because I’m too cheap to put him on supplements again and I am definitely not injecting an elderly, semi-retired-mostly-pasture-pet.
Dressage has never been a strength, but after a solid 18 months of dressage-only work with Anne on Gina, Colt, and occasionally Atut, my riding has vastly improved. It’s led to better results from Moe. Yesterday, he was round, soft, and supple. He had a few llama moments where he flailed around with his head up at the trot, but once I reminded myself to sit up, put my shoulders back, and lift my hands, he came right back to looking like a horse.
Years ago at a Pony Club camp, I was in a dressage lesson frantically trying to slow my horse down as we were schooling our test for an upcoming event. I was convinced we wouldn’t score well because we were going so damn fast. The instructor (whose name I can’t remember) told me something I’ve never forgotten: dressage isn’t about slow. This made zero sense to my teenage brain, but as I’ve committed more time to learning how to ride dressage and viewed it as its own thing (instead of something to get through before the fun parts of eventing), I think I understand what she meant. It was pretty much my mantra for yesterday, as Moe was really putting some effort into his working trot!
He tired pretty quickly (because he is old and fat), so I quit while we were ahead and walked him around the front part of the property for a while.

And then I saw a branch. 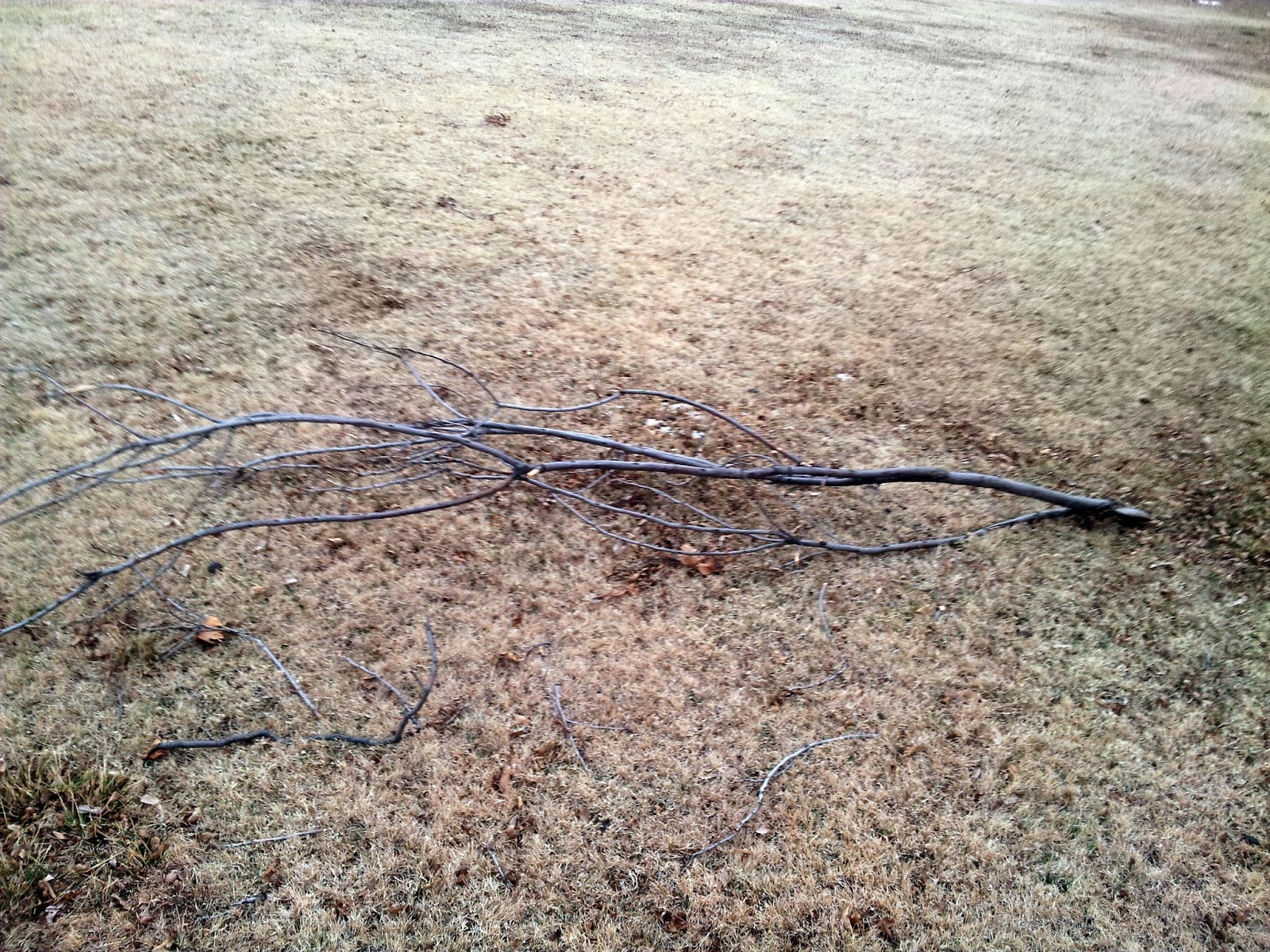 It doesn’t look like much, especially from a horse’s back, but the high part of that thing was a legit 18″. So I did what any sensible person would do and pointed my horse at it.
He did what a sensible horse would do: cantered up to it, jumped as if it were a solid 3′ wall, and galloped merrily away.
After a brief discussion of what “WHOA” truly means, I cooled him out, and we headed back to the barn. I left him in the aisle while I grabbed some treats. 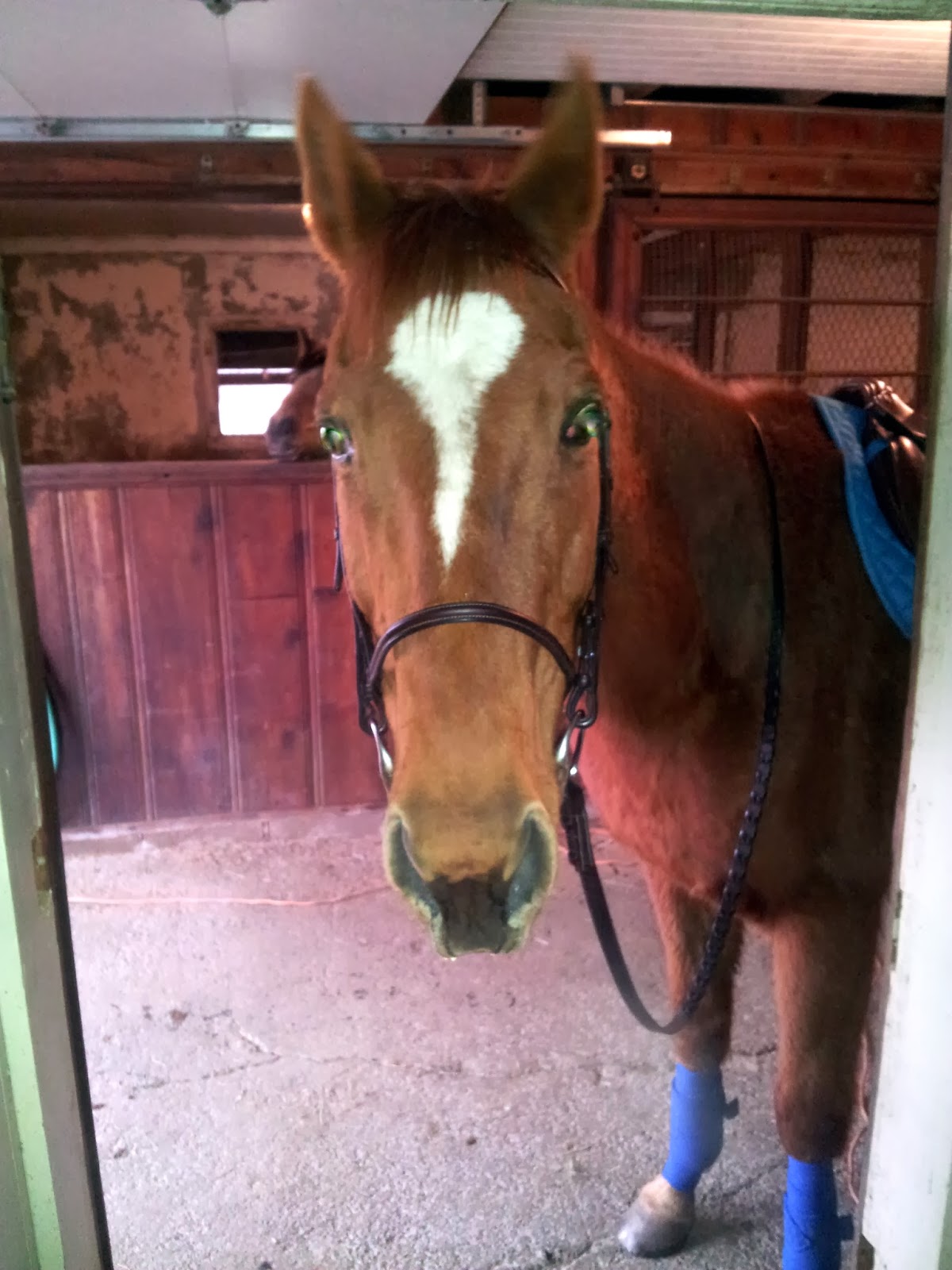 I think that might be my favorite thing about Moe. He’s totally trustworthy. He’ll stand and wait patiently, untied, while I rummage around in a tack box for the better part of five minutes.
It looks like we may finally be over the winter weather, so I’m heading out tomorrow for some conditioning work. Which means walk and trot sets. Which means I’d better bring headphones.

One thought on “Cloudy Day Capers”