I’ve never been a huge conformation person. In high school, I was an avid participant of my FFA horse judging team; I was never the best member of the team because I let personal preferences hinder my ability to judge horses objectively.

After all, I was successfully eventing on a very sound horse that looked like this:

Breeches & Boat Shoes‘ recent post on conformation (and subsequent posts from other bloggers) inspired me to critique Gina. I’ve always thought of her as a good-looking, well put together creature. One day, I might attempt an assessment of Moe, but we’ll let him slide for now. Excuse the photo of Gina looking especially derpy after a bath- every other photo I have of her is when she’s tacked up or when she’s standing at an unsuitable angle.

Length vs. Height
Ideally, the horse’s length from its shoulder to buttock is equal to its height from the withers to the ground.
Gina is basically equal from front to back as she is top to bottom. She may be a couple inches taller than she is long; I spent so long fiddling with the vertical line that I gave up on trying to line it up exactly with her hoof. 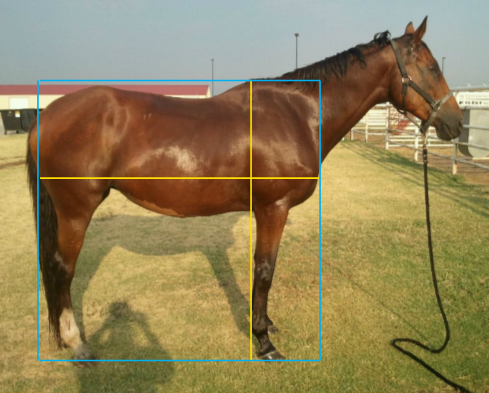 Ideally, the depth of the heartgirth from the withers to the elbow is equal to the length of the leg from the elbow to the fetlock.
Gina is equal here. Good job, Gina! 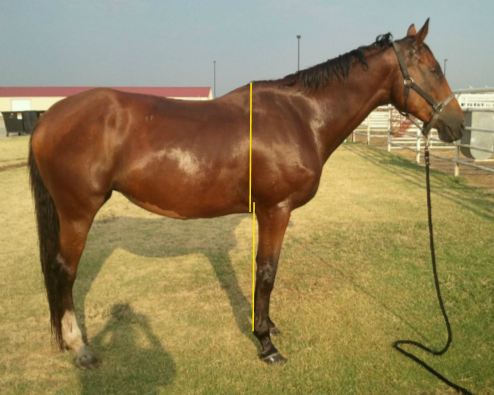 Topline vs. Underline
Ideally, the croup and withers are the same height, or the croup is slightly lower. The topline should be shorter than the underline.
Gina’s withers are a little higher than her croup. Her underline is roughly equal to her topline instead of being shorter, as is desired. 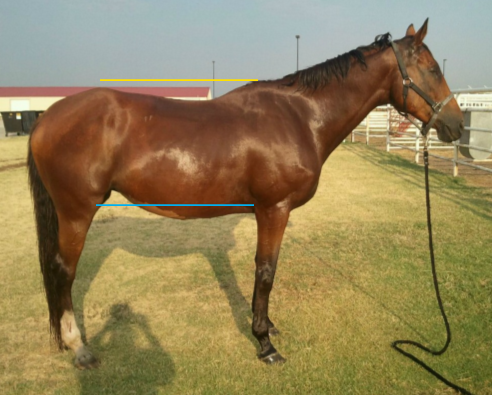 Ideally, a horse’s forequarters and hindquarters should be equal when a line is drawn through the center of the horse.
This was difficult for me to gauge, but Gina appears roughly even. 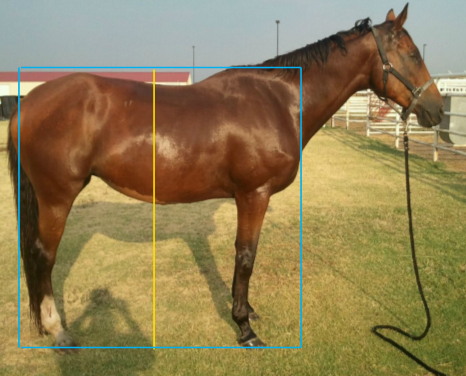 Shoulder vs. Back vs. Buttock

A horse’s shoulder, back, and buttock should all be equal in length.
Gina is definitely not equal! Her shoulders and buttocks are nearly equal, but her back is quite long compared to those parts. I’d never noticed this- I thought her back was pretty normal. 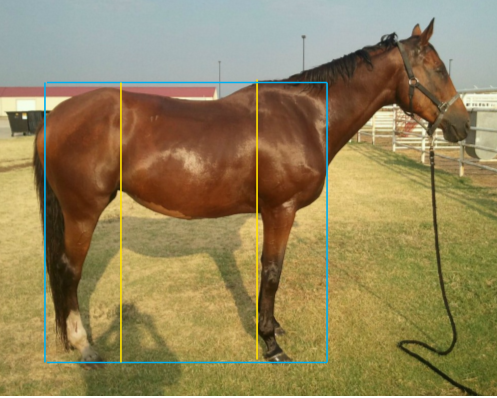 The length of the horse’s head should be similar to the lengths from the hock to the ground, the chestnut on a forelimb to the ground, length of the heartgirth, and from the stifle to the croup.
I’ve never thought of Gina as having a small head; it’s feminine and delicate, but solidly full-sized. The length of her head is very similar to the ideal limb lengths, but her heartgirth and stifle to croup lengths are longer. 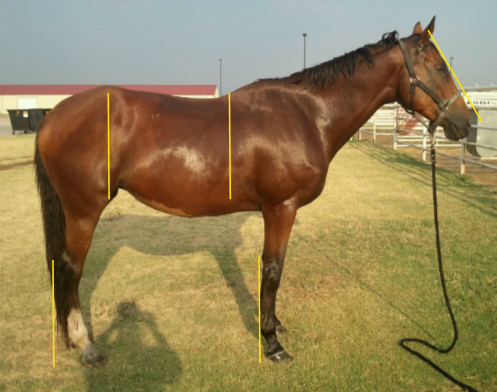 Buttock vs. Hip vs. Stifle 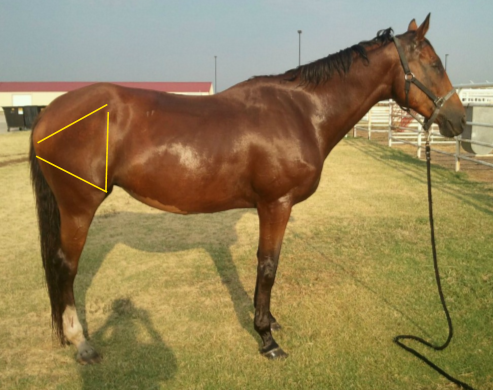 I’m glad I did this exercise; while Gina has her flaws, they aren’t major or performance affecting. I still think she’s relatively well conformed.
I’ve enjoyed seeing others critique their horses!