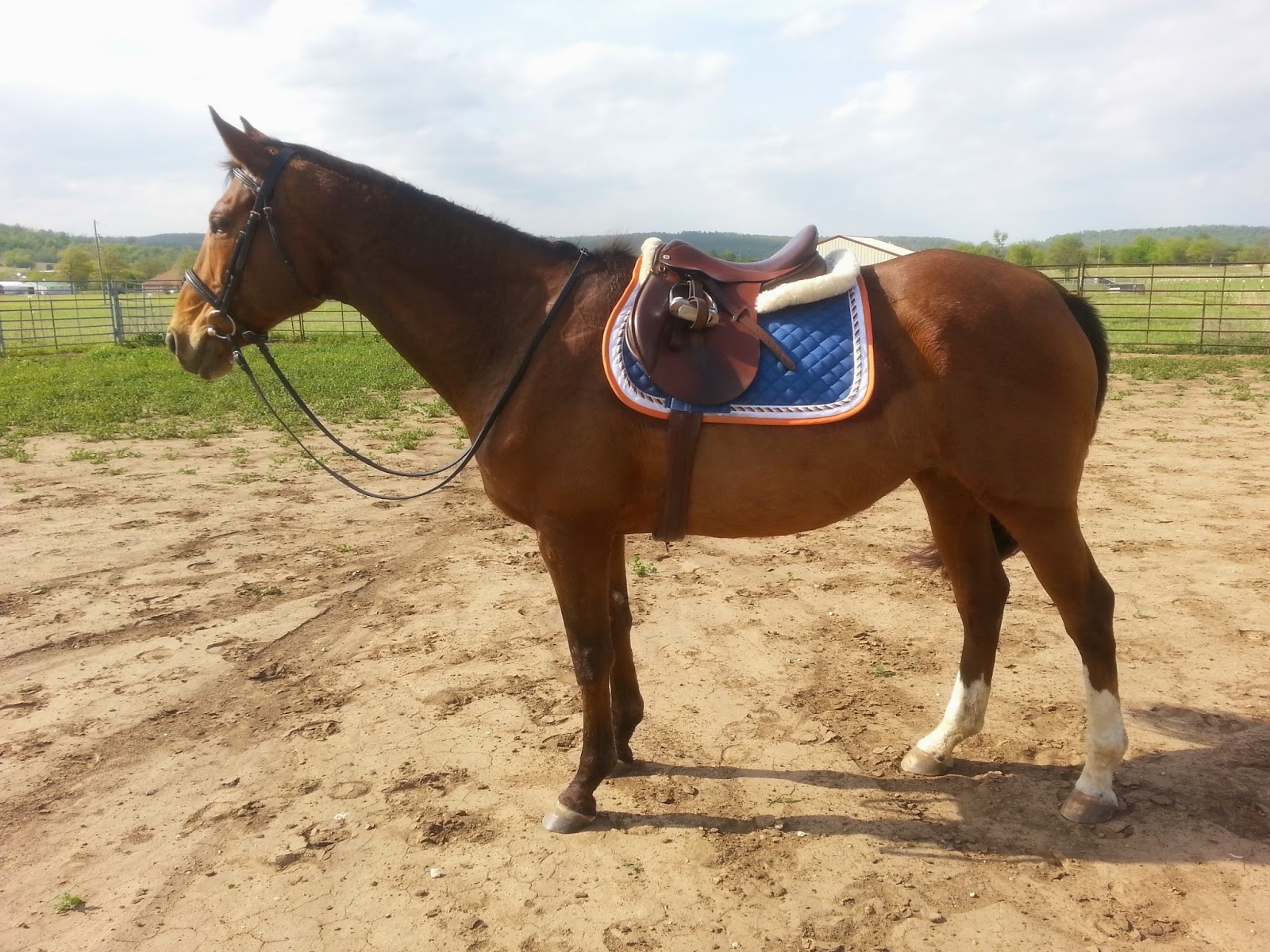 My weeks have been very hectic lately between work and wedding; I spent most of the first week of April at a horse show, last week I spent catching up on things I’d missed in the office while I was at the show, and this week, I’m off to another horse show. Gina was lame for a bit, I was busy, and I just haven’t been riding much. Once Gina was back to soundness, she was back doing lessons; at least one of us has been working!
Anyway, I headed to the barn yesterday with every intention of having a fun, low-key ride on Gina. I had a Cliff Barnsby Omega all purpose saddle on trial from work; I’d ridden in it on Semper Fi, but didn’t get a great feel for it because he spent half our ride crow hopping or stopping. I thought I’d hack Gina in it and pop her over some tiny crossrails set up in the outdoor.
It was super windy and Gina was a little distracted and a little tense, but she settled down and worked well on the flat in the indoor. Outside, she was kind of a fruitcake.
The crossrails were no more than 18″ high, but Gina refused to trot over them quietly. She bolted toward them, bolted away, and shook her head at my half-halts. I took to approaching the fences as quietly as I could, and asking her to halt a few strides after the jump, execute a turn on the forehand, and re-approach. She settled some, but was overall much more anxious and agitated than she has been recently over fences.
I found the whole ride very weird; it made me reevaluate the way I have been riding Gina (which, lately, is not often!) and it also made me curious about why she seemed to treat small, ‘easy’ fences very differently than she treats big scary stuff like Swedish oxers or airy verticals.
For the time being, I’m chalking it up to lack of regular jump work and riding in a totally different saddle than either of us is used to. I’m also putting jump work back in our usual rotation!

16 thoughts on “Crossrails are hard”