Over the weekend, I noticed some pretty distinctive event lines on Gina’s front hooves. 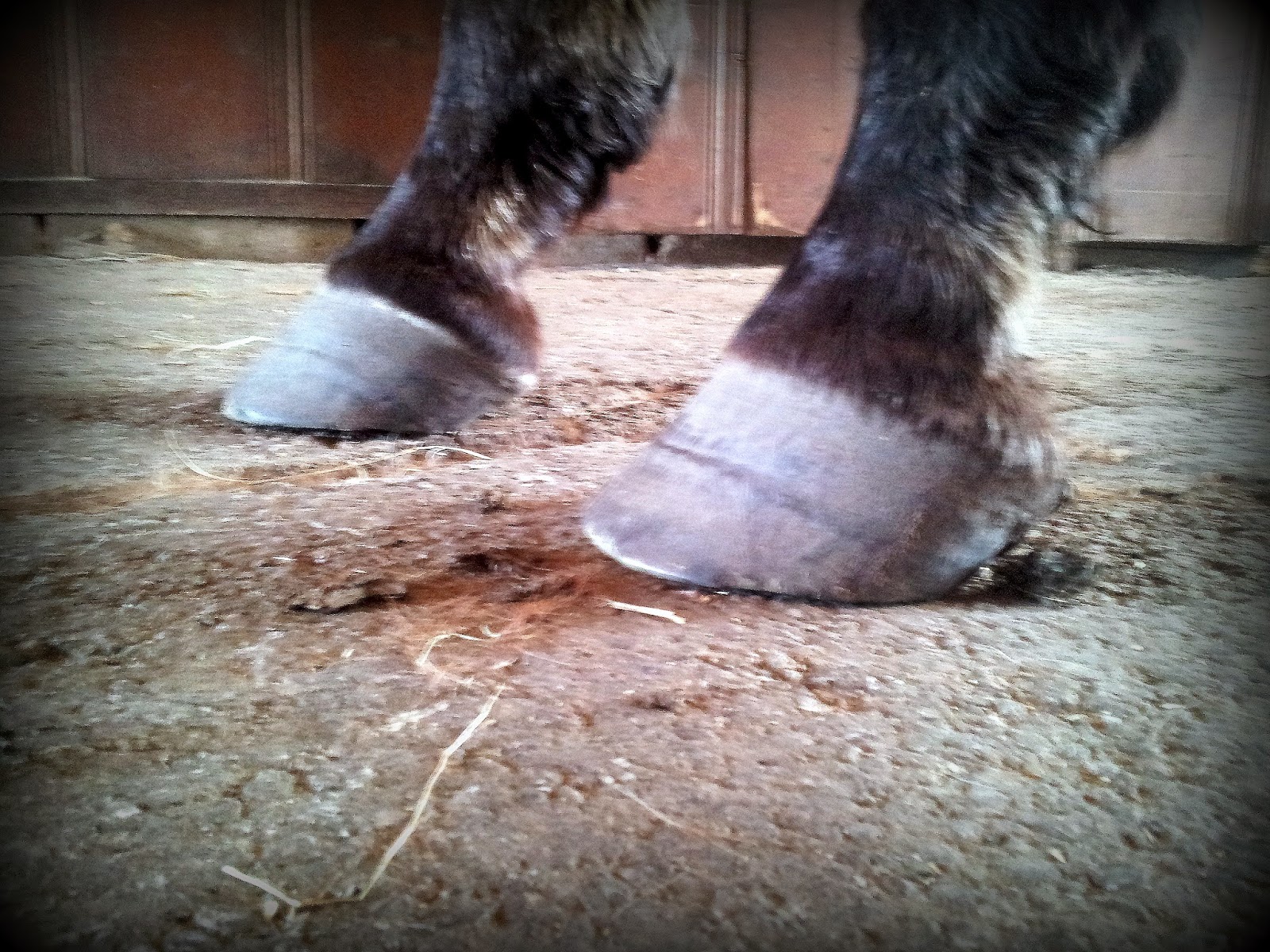 I was curious about what could have caused them, so I sent a message to my friend Trista. In addition to being a dressage rider, certified therapeutic riding instructor, animal nutritionist, and cattle rancher, Trista is also a farrier. Like, a went-to-farrier-school farrier.
Here’s the message I sent her along with the above picture:
“I noticed these lines on Gina’s front hooves yesterday. They’re like bumps- the line isn’t like a speed bump that raises then goes back down, they’re more like a bank jump, where they raise and stay that way to the toes. Any thoughts? The hoof seems fine and she’s sound, but I’m curious about what they’re from! (And figured you were the person to ask.)”

And Trista’s reply:
“Interesting. Probably just a difference in nutrition from the time she went from Linda’s where she was getting fed some feed and then when she went to our place and was just on grass. Smooth rings like that (that aren’t wavy, squiggly lines) are related to nutrition differences from one period to another. If they’re kinda more like squiggly lines, those rings would be from an illness or fever or trauma like founder. She’s fine, especially since she’s not lame or anything. And she’ll probably get some more of those as the green grass comes up in the pasture. My horses always get them in the spring. My grulla mare especially gets really prominent rings just like Gina does. No worries.”
Well, duh, I should have figured they were from Gina’s change in diet a few months ago. I’m curious to see if more rings appear. Moe doesn’t have any so far, but he’s also had less of a drastic change than Gina has.
Have y’all ever noticed event lines on your horse’s hooves?

6 thoughts on “Event Lines on Hooves”