I have a theory that Gina hates jumping because she was subjected to some truly awful experiences. 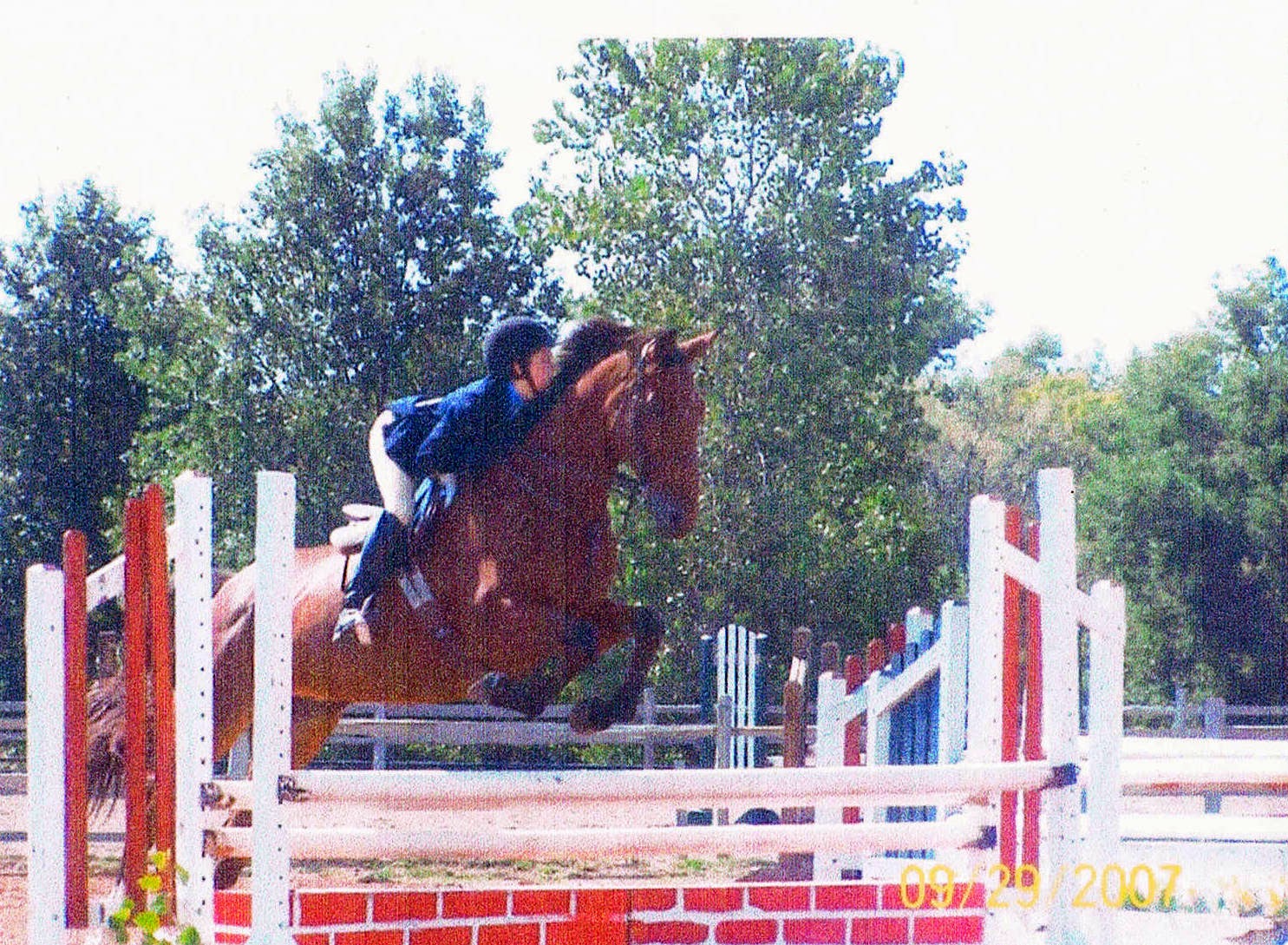 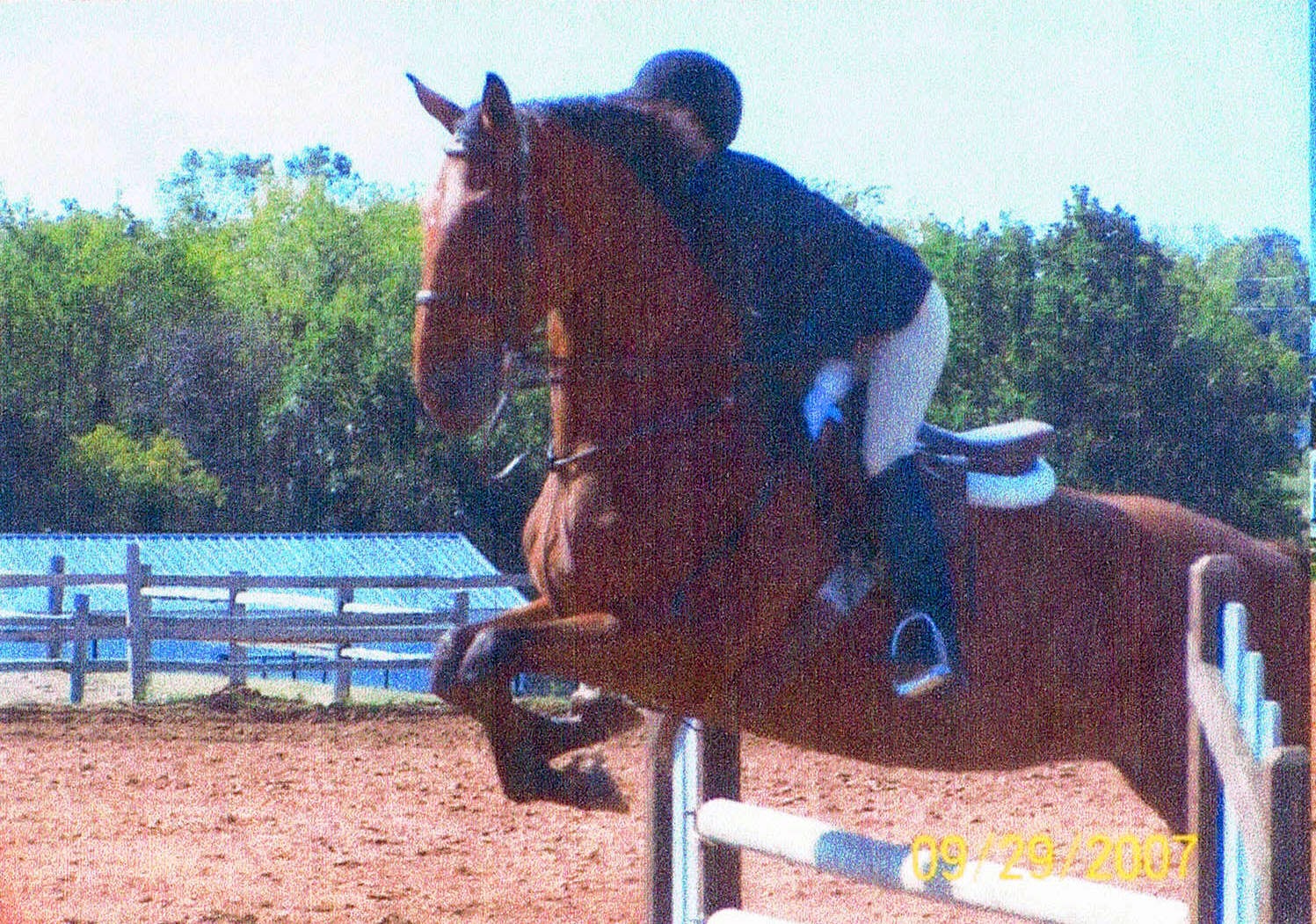 These pictures are scans of pictures printed from an inkjet printer, so excuse the quality.
That’s Gina being shown by her former owner, the one that donated her to the therapeutic riding center from which I acquired her.
Now, I am not the world’s greatest rider, nor do I pretend to be. I have a nasty habit of over-releasing, frequently half-halt too often before a fence, and my eye for distances is terrible. However, I’d like to think I am somewhat better than this person who appears to be literally laying on the horse’s neck. It’s hard to make out from these scans, but Gina’s being ridden in a pelham with a standing martingale. I understand standing martingales are par for the course in the hunter ring, but I’m bewildered by the pelham. Gina is a very soft-mouthed horse who is extremely responsive in a loose-ring snaffle, even when being ridden cross-country at the hunter pace.
Gina is not a forgiving horse; she will not give you anything unless you ask exactly the right way at the right time. I think this is a direct result of toting around riders she didn’t enjoy.

So for the last few years, I’ve jumped Gina a handful of times. She is generally more relaxed when going over cross-country type fences, but freaks out if she sees so much as a ground pole. It’s a real shame, because she is a lovely jumper who sees good distances and maintains a great, steady rhythm to and from fences.

I braved the cloudy skies on Wednesday and hacked Gina. I took her out in the big field and walked, trotted, and cantered her on a loose rein. She was pleasant and relaxed, so I decided to take her over the log jump I’d built over the weekend. 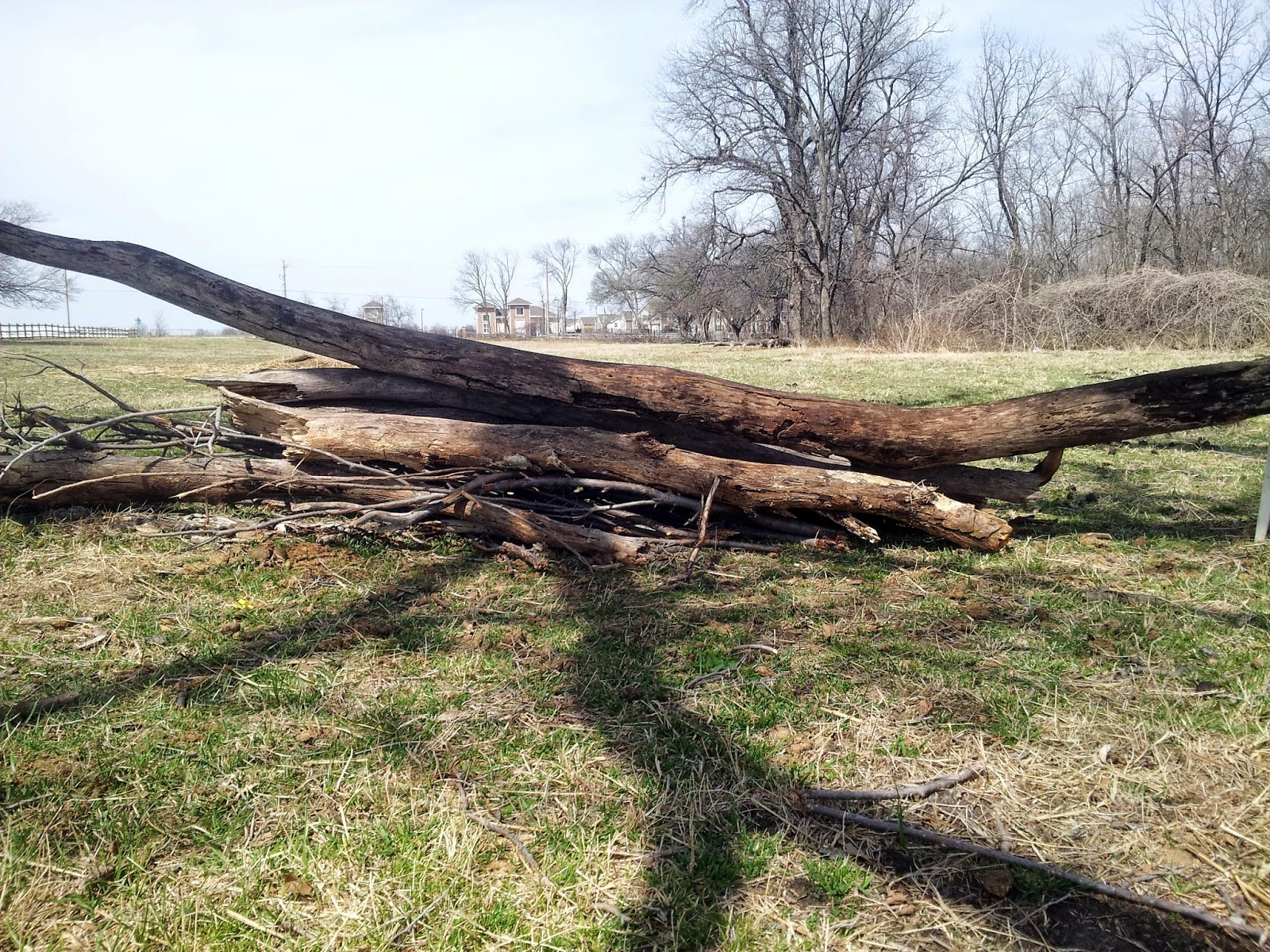 And she jumped it. Just like that. No fits, so hesitation, no nothing. Now, since I am not used to jumping Gina at all, she nearly jumped me out of my tack! We went over it two more times, each time improving just a little. (She and I definitely do not see the same distance.) I managed to avoid hitting her in the mouth or landing hard on her back and praised her effusively for each jumping effort.
I’d like to think that with some more of these confidence-building experiences that I can get her show jumping again. Or she will eventually break my other arm in a fit of rage. But that’s the adventure, right?!

9 thoughts on “Gina Jumped Something”