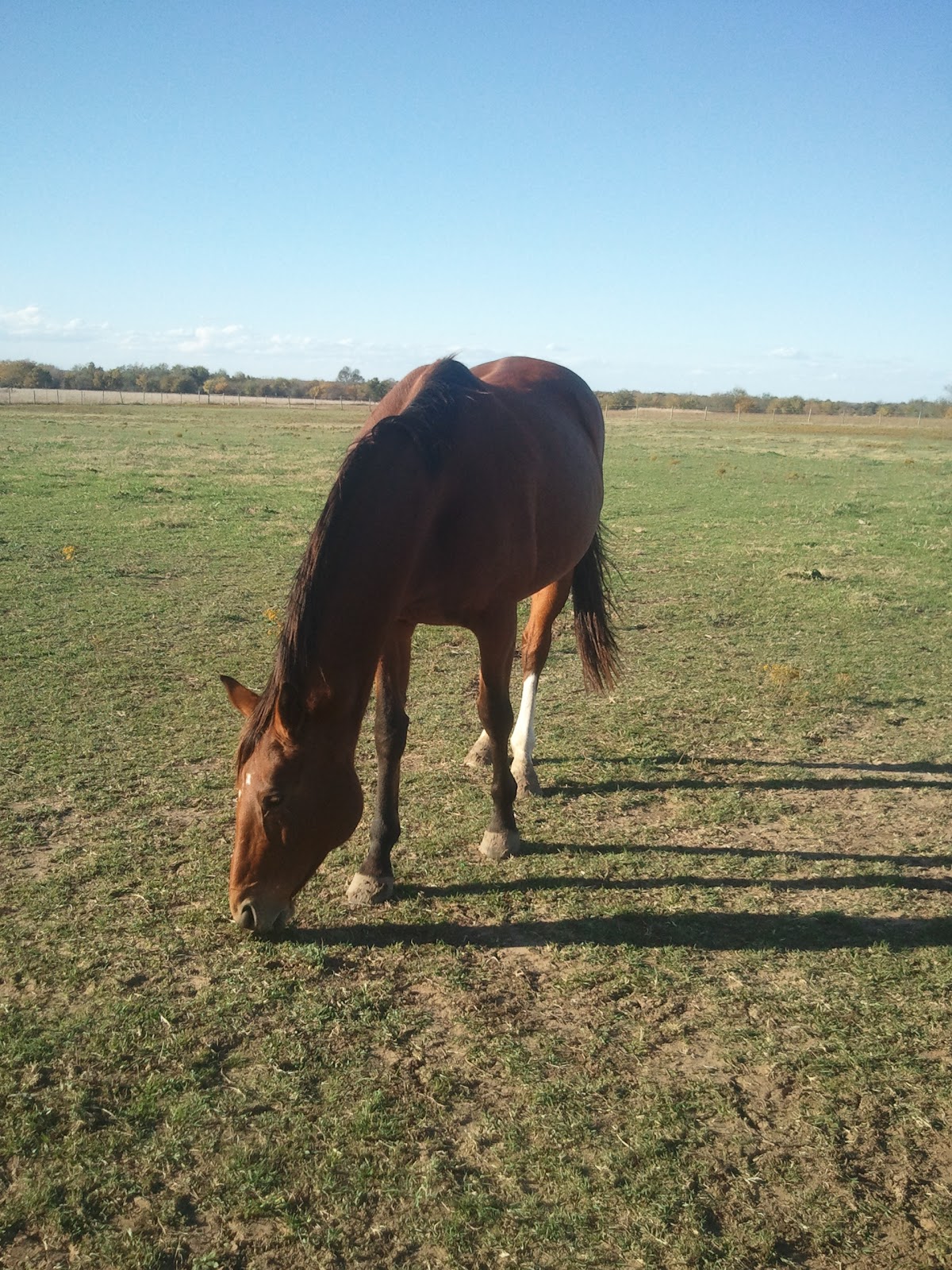 As you’ve all heard me complain before, Gina is notoriously difficult to catch when she’s turned out in a large field.

Throughout the last month, she’s been approachable and very easy to catch. Thursday, she gave me a big “EFF YOU” and refused to come near me after she ate a treat and noticed I had a halter.

She is relentless is her avoidance of me if she doesn’t want to be caught. I’ve played this game with her for two hours in intense summer heat; she was lathered and dripping with sweat but wouldn’t give in.

When she’s caught and brought up to the barn, it’s never a very unpleasant experience. She’s fed plenty of treats, groomed, ridden. Our rides are rarely just plain bad. She doesn’t act as if she’s experiencing any pain or discomfort under saddle. Occasionally, she will do something stupid, like pull back, break a lead rope, and fall over, but that’s happened exactly twice since I’ve had her. She isn’t especially anxious when she leaves the herd- she might look and whinny once or twice for her friends, but without any real distress.

At our current barn, she allows the barn manager to catch her twice a day to come inside for breakfast and dinner. He swears she doesn’t give him any trouble.

So, I’m asking y’all for advice and help! Have you had a very difficult horse to catch? What did you do?