Yesterday was my first day at my new job. I was so excited that I got out of bed early, did some household chores, fixed my lunch, and straightened my hair. I was feeling good.

While I was filling in my eyebrows just so, I noticed the barn manager was calling me. I ignored it, figuring he was calling with a stupid question about switching the horses to the new feed I dropped off Saturday night. I’d asked him to begin transitioning them to this feed, as it’s what they’ll get at the new barn; he’d confirmed Saturday night that he’d do it.

I listened to the message he left while I was driving to the tack store. (It’s about 5 minutes from my house.) It wasn’t a message with questions about feed. It was a message about how Moe wasn’t eating, seemed listless and had lots of nasal discharge.

Upon further communication, I was informed that Moe hadn’t eaten all of his food Sunday night. Additionally, Monday morning was the first time Moe and Gina had received the full ration of their new feed.

I was furious; I expected the horses to be slowly transitioned to their new feed over the course of the week, not abruptly switched over the course of 2 or 3 feedings. I was also upset that I hadn’t been informed Moe hadn’t eaten all of his dinner Sunday night. That’s extremely unusual for him. I mean, the horse eats all kinds of stuff- donuts, granola bars, bananas- if he doesn’t have an appetite, something is wrong.

I asked the barn manager to call the vet and have him out ASAP. A few hours later, I was told the vet would be out Tuesday at 1 PM. Moe had been put in a (dirty) stall with hay and water; he’d drank some water and eaten some hay. The barn manager hadn’t taken his temperature, assessed his poop, nothing.

I spent my entire first day at work frantically texting Johnny about how much money we had in the budget for emergency vet visits and suppressing thoughts of my beloved horse dying in pain before I could get to him.

Immediately after work I went home, changed clothes, put Johnny, a thermometer, and an apple in the car, and raced to the barn. 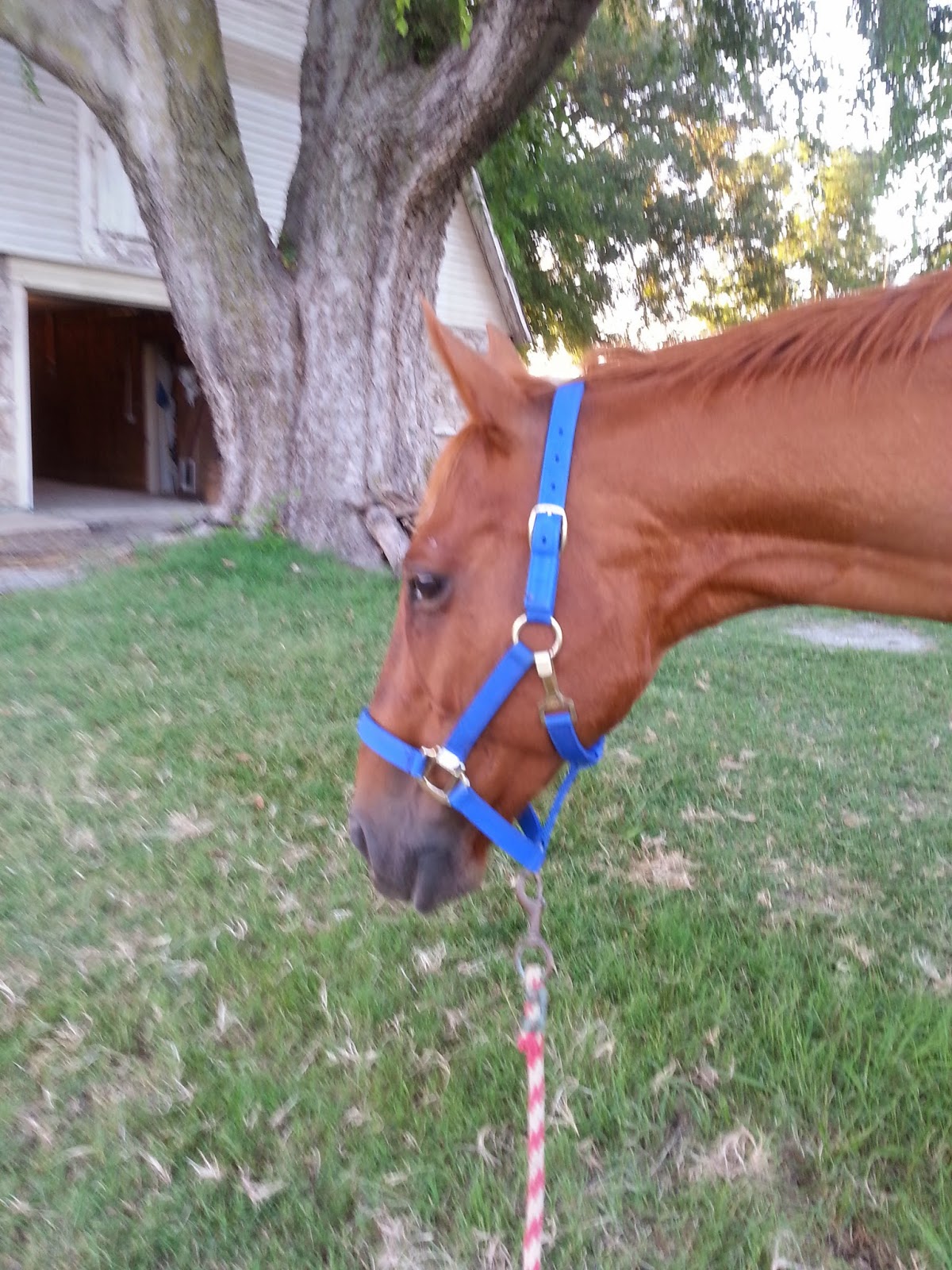 When I got to the barn, Moe was munching hay. He’d drank two buckets of dirty-looking water halfway down. I got him out of the stall to see if he wanted to graze on the lawn. He meandered around, sniffing the grass, and took some half-hearted bites. I shoved the thermometer in his butt and checked the stall for poop. There was some fresh poop, and it looked normal. I dumped the water buckets, cleaned them, and refilled them.
Moe’s temperature and pulse were within normal ranges; his respiration was a little high. His gums were paler than normal. He wasn’t sweaty and didn’t seem distressed- just lethargic. He eagerly ate the apple I presented him with, but ignored his old food after a couple of bites. I hosed him off, let him graze for an hour, and reluctantly put him back in the stall and left.
I spent the better part of last night and this morning turning over worst case scenarios in my head. I checked my 401K to see just how much money I had in there. (Who needs retirement?) I surreptitiously checked my phone every 10 minutes to see if I’d missed a text or call.
When I did hear from the vet (and the barn manager), it seemed Moe started the day alert and happy and had drank lots of water and eaten lots of hay. The vet couldn’t find anything wrong with him. Everything from his gums to his temperature was normal. The vet mentioned he’d seen a lot of respiratory illnesses cropping up, but didn’t think that was what was going on with Moe because he’d had no coughing or sneezing and his lungs sounded normal. The vet suggested it might have been some kind of 48 hour bug sort of thing; I guess we’ll never know.
Tonight, Moe ate dinner just like he always does. He’s happy as ever and doesn’t seem any worse for the wear.
I’m unbelievably grateful my favorite horse is okay. I know one day he won’t be, and I’ll miss him terribly. But I’m glad that day wasn’t today.