My horse trailer has been hanging out at my friend Trista’s house for the better part of six months. Our truck doesn’t have a gooseneck hitch to pull it down to the barn, and I hate to inconvenience anyone by asking them to haul it down there for me. (It’s about a 45 minute drive.) I have most of the stuff I need from it, either in my garage or at the barn, so it’s usually a non-issue. Johnny and I occasionally go up to where the trailer is (which is about 45 minutes from our house) to visit our friends and work on getting the trailer into more appealing condition to sell. I always make sure to grab anything I need from it while I’m there, since it’s an inconvenient drive.

About two weeks ago, I started running low on fly spray. I made a mental note to get my big jug of Fly-Die fly spray out of the trailer and take it to the barn when we were up working on the lights over the weekend. Of course, like all of my mental notes, this was filed away and promptly forgotten.

So last week I decided to whip up a batch of homemade fly spray because I am too lazy and cheap to drive close to an hour to retrieve my fly spray; I am also too cheap to buy a new bottle at my local farm and ranch store.

After poking around the internet, I finally found a recipe that didn’t require me to buy citronella oil or call an Avon lady to acquire Skin-So-Soft. I can’t recall where I found the recipe, but it’s not important. It called for:

Now, we are Palmolive people, so that’s what I used. I figured it wouldn’t make a huge difference. I doubled the recipe so it’d fit in my spray bottle and it looked very unappealing. 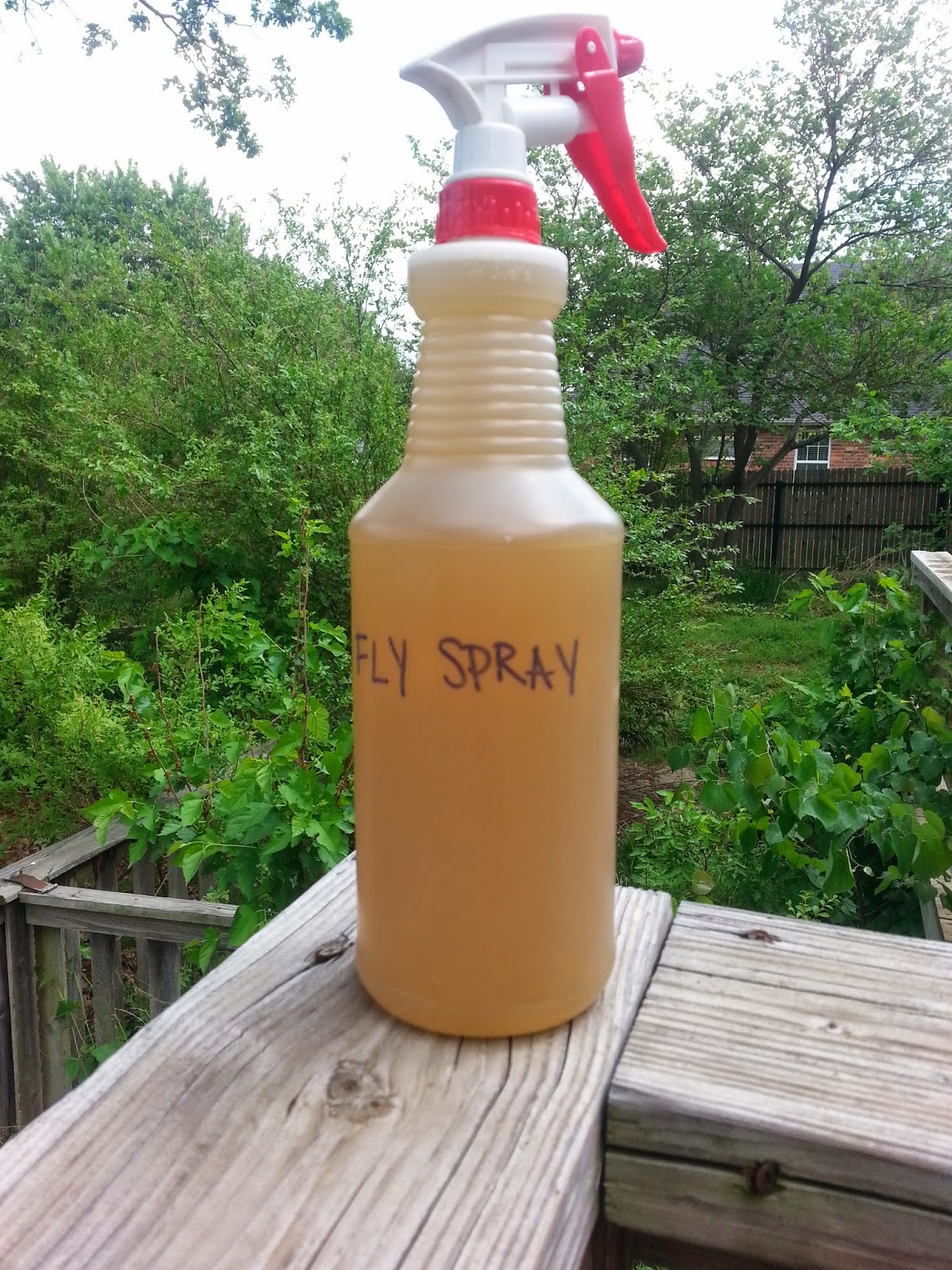 I tested it out by spraying some of it on my arm; it didn’t burn or give me a rash, so I decided it was safe enough for Moe and Gina.
I took it out to the barn, where Moe had turned into Pissy Sensitive Diva Horse because flies were landing on his legs, belly, and rump. I sprayed him down liberally; he smelled like a salad bar. Another boarder asked me, “Do you smell vinegar??” upon entering the barn. I pretended like I didn’t know what she was talking about.
I rode Moe, who continued to be Pissy Sensitive Diva Horse, swishing his tail, stomping, and turning around to bite himself. I doused him again after our ride and turned him out. There were still flies pestering him.
I tried it on Gina, who seemed offended by the smell. She rolled her eyes around and sniffed suspiciously at me, the bottle, and her barrel. She isn’t as cranky about flies as Moe is, so there was definitely less swishing and stomping, but I could still see flies landing on her. After our ride, I sprayed the concoction directly on some flies on her legs, and they just keep hanging out. Hmm.
I’ve used about half the bottle of the stuff and here’s my official verdict: Big fat fail: this doesn’t work! Maybe it was the Palmolive. Maybe we have super flies at my barn. Who knows? But you can bet I’m driving up to Trista’s this weekend to grab my good old reliable Fly-Die!