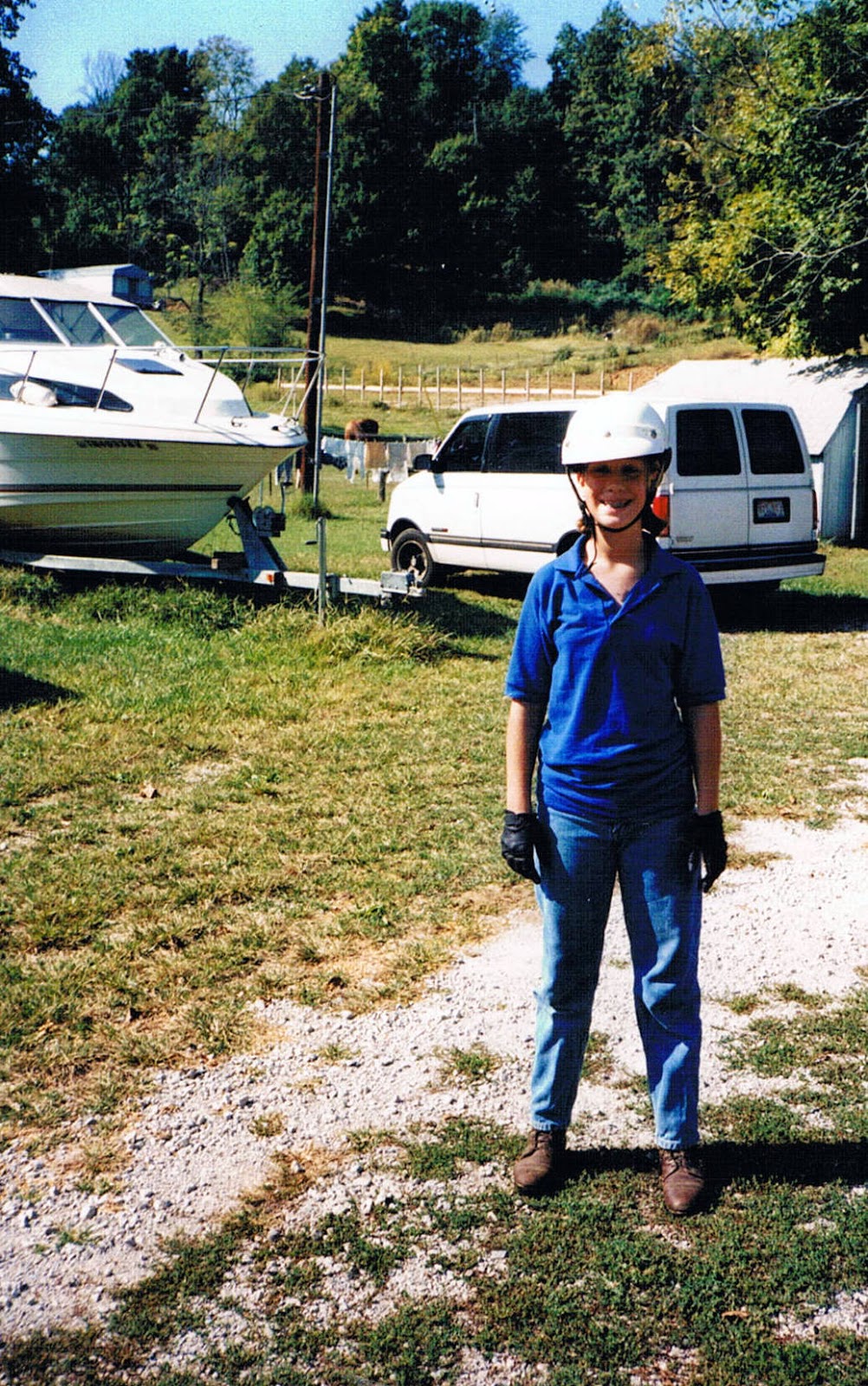 As you can see, I was a very stylish child. This is a picture my mom snapped of me as I was headed off to ride. It’s not dated, but I’m hazarding a guess that it was taken around 1997 or 1998, based on the van, the braces, and the helmet.
Stray Observations