Monday afternoon I loaded up on fly spray and horse treats and headed down to say hello to Moe and Gina. They weren’t impressed. 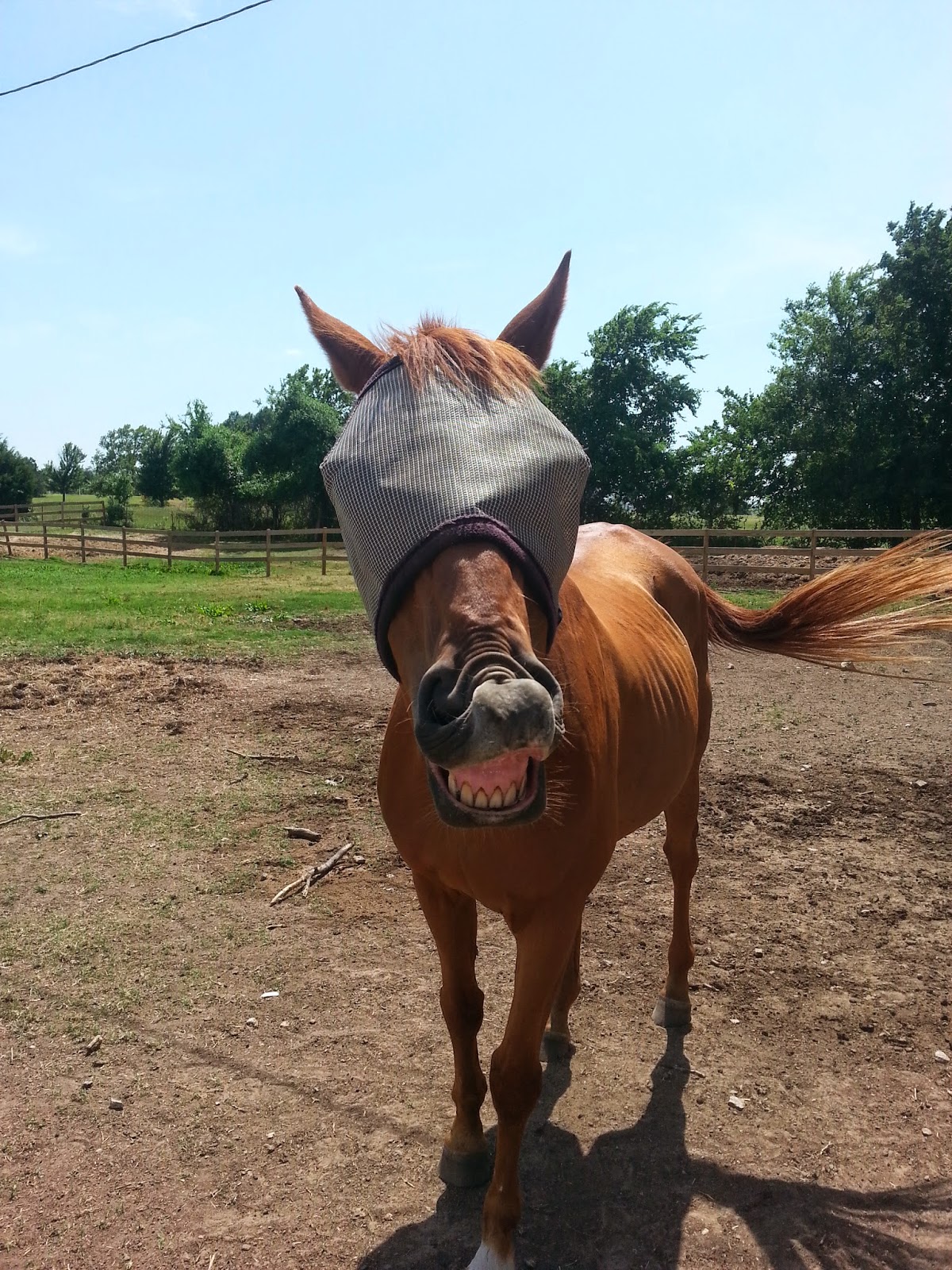 I groomed both, put their fly masks on, and doused them in Fly-Die. I didn’t ride, or do anything particularly productive, because the heat index was over 100; I’d just come from riding Cutty and was totally exhausted from 45 minutes of getting fatass QH to move faster than a moderate walk.
Both horses seem fine, though they’ve both lost some weight. I’ve been trying to put weight on them for a couple of months- especially Moe. He was always a hard keeper, but in the two years he’s lived in Oklahoma, he’s been fat as a tick. This past winter was nasty, though, and he shed much of his fat. Combine that with actually being ridden more than once every three months, and he’s definitely on the slim side. Gina lost some weight last year when she was placed in solitary confinement, gained some back over the winter, and has lost a bit lately.
They switched to a higher-fat feed last month and have been wormed recently. I’ve scheduled an appointment to have their teeth floated and am hoping that will help them put on some pounds!

4 thoughts on “Visiting my ponies”