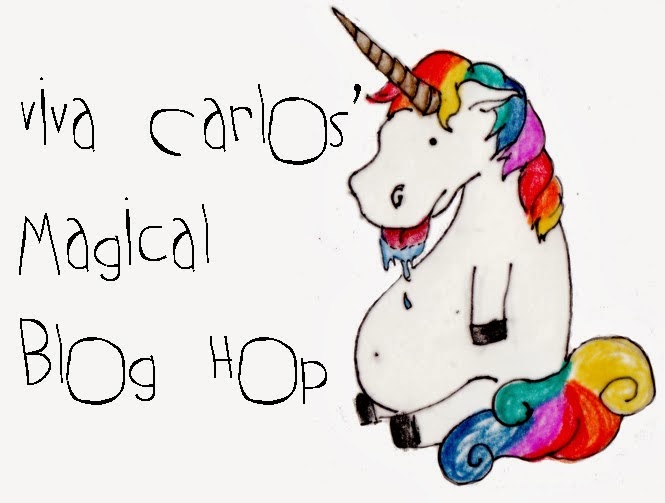 I’ll only address Gina, as she is a mare and the thought of crossing a female Moe with anything else makes me shudder. He’s so weirdly put together that I wouldn’t want to pass any of those traits on, and I think a lot of his personality comes from a lifetime of good handling and training.
So, Gina. 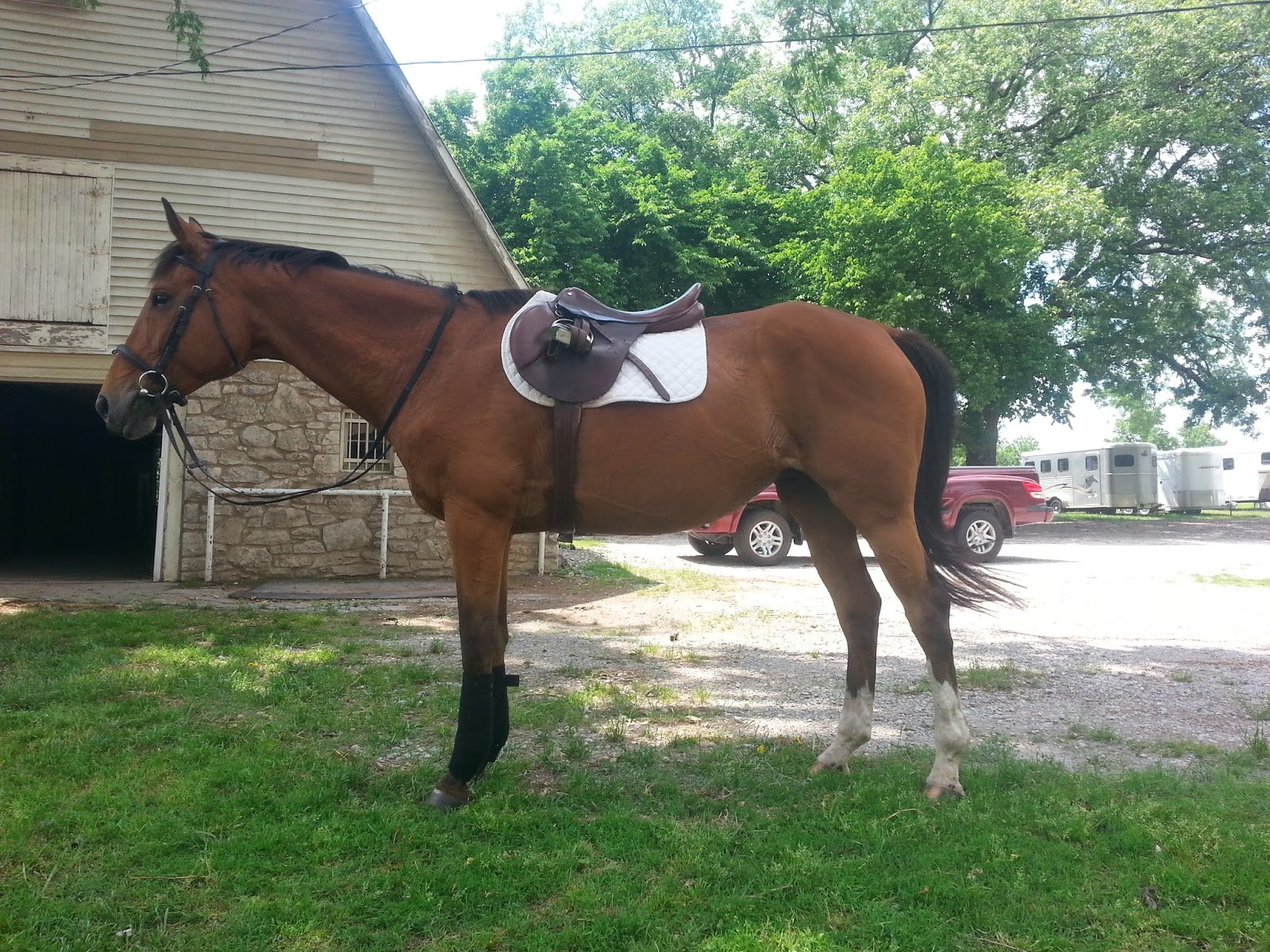 Gina is a basically well conformed mare who moves nicely. Her personality definitely leaves something to be desired, but some of that is mare-ishness and some of it might be due to time spent as a lesson horse.
If I was going for something super flashy, I’d breed her to Blue Eyed Streaker at Echo Hill Farm in Louisville, KY. 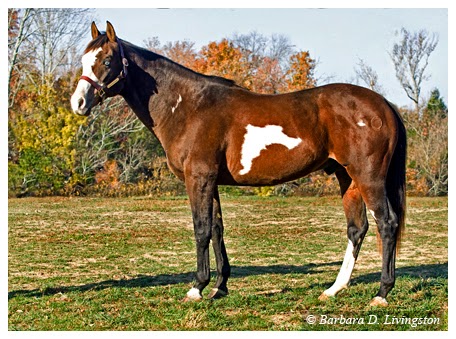 Most of his offspring have color and he’s produced some sporthorses that are competing successfully. He’s a Thoroughbred, so with this stallion, Gina’s offspring would be registered with both the Jockey Club and the Pinto Horse Association. The PtHA World Championship is right here in Tulsa, so Baby Horse and I would be, of course, doing the dressage and jumper classes there.
If I wanted to get a big, fancy warmblood I could eventually resell, I’d breed Gina to Wradar. He’s a terrific Oldenburg stallion who lives just down the road from me. 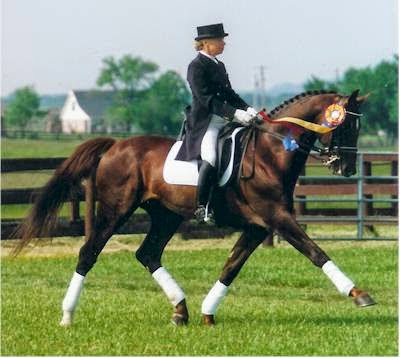 Wradar is fancy as fuck, and so are his offspring. Colter was a Wradar son (out of a Thoroughbred mare); while he was really goofy and kind of a pain, I think that had more to do with sitting in a field for the better part of 11 years. Gina is an ISR/Oldenburg approved mare, so this baby would be a registered Oldenburg. Gina’s already had at least two foals by Wradar in her previous life, and I feel confident their breeding would produce another good-looking, good-moving baby. My only problem with Wradar’s offspring is that they are massive. Colt was out of a mare about the same size as Gina, and he was 17.2 hands. The two or three other horses by Wradar I’ve met are equally large. I feel comfortable with smaller horses (around 16 hands or so), but since this baby would be for sale to some dressage enthusiast somewhere, I guess that’s not a big deal.
Just for giggles, I asked my friend and Thoroughbred bloodline expert Holly what stallion I should breed Gina to for a successful racehorse. After all, Gina’s an approved Oklahoma-bred mare, which means her foals are eligible to compete in special races for Oklahoma horses. And once her foal is done on the track, I will turn it into an eventer. Duh. Holly recommends a stud with Northern Dancer lines, like Toccet: 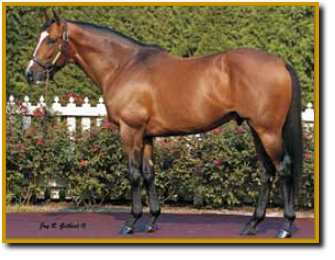 Other options include Tactical Cat and Service Stripe. 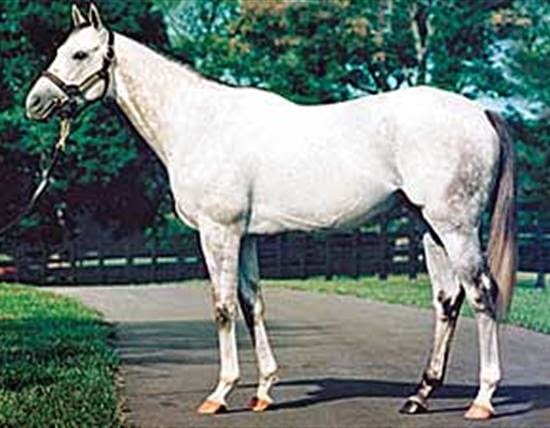 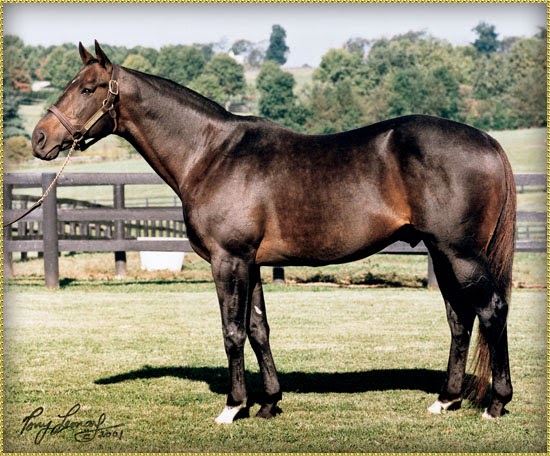 I’d most likely breed to one of the last three, as their stud fees are the cheapest, they’re local (for live cover!) and I like the way Tactical Cat is put together!