10: Number of different configurations I tried in an effort to get my phone to charge. The USB port appears to be damaged, so guess who’s phone has finally bitten the dust? It made it through a hard year that included lots of my sweat, being dropped down and subsequently rescued from a storm drain, having the screen cracked twice, and getting bathed along with the horse. RIP Galaxy 2. :'(

9: Number of times I swept the house before the Derby party. (Did I get all of the animal hair? NO.)
8: Number of individual-sized pecan pies I ate this weekend. (When they’re miniature, they taste better. Seriously. And the calories don’t count? RIGHT?!)
7: Number of whiskey punch + sweet tea drinks I consumed on Saturday.
6: Number of different dishes I made for the Derby party: smoky pimiento cheese sandwiches, fruit skewers + dip, spinach artichoke dip with veggies, tomato-herb crostini, pasta salad, aforementioned pies. (We have SO. MUCH. LEFTOVER. FOOD.)
5: Number of hours the Derby party lasted, somehow. (We have talkative friends.)
4: Number of times I shrieked something obscene at the TV while watching the Memphis Grizzlies versus Oklahoma City Thunder playoff game before I got disgusted, fast-forwarded to the end, and went to bed. (We love the NBA! Both of our teams, the Dallas Mavericks and the Grizz are eliminated now. *tears*)
3: Number of hours I spent at the barn last night.
2: Number of times Gina went through a bounce to one stride grid last night before I decided not to push my luck. (Who am I kidding? I quit before I barfed due to temperatures in the 90s and eating too many pies.)
1: Number of good selfies Johnny and I took at our party. 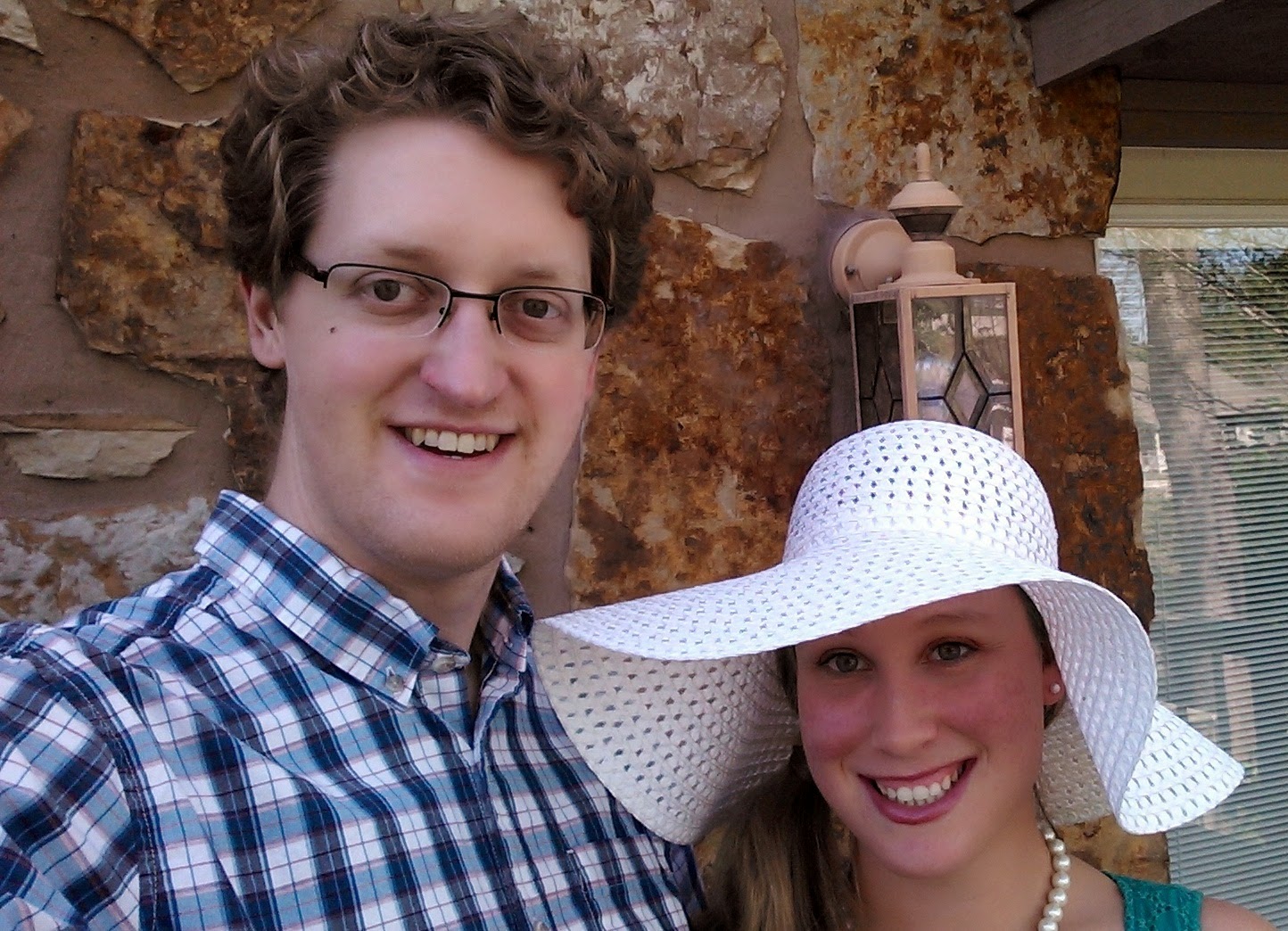 How was your weekend?

7 thoughts on “Weekend in numbers”